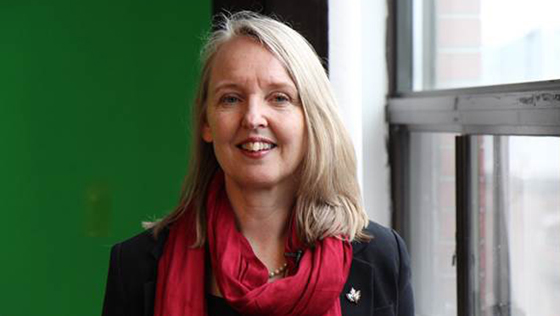 For parents and family members, creating a welcoming and safe community where loved ones can have a high quality of life is a cherished dream.  But the road to achieving that dream is usually unclear, and filled with obstacles. That’s why many turn to other families who are further along the journey.  And it’s those families that Janet Klees, Canadian author and speaker who has been involved in the lives of people with disabilities, their families, and allies in community for over 30 years, wants to encourage when she speaks at the upcoming Family Focus Conference Oct. 21-23 in Richmond.

Family Focus is a conference “for families by families” that CLBC is pleased to help sponsor, including by helping bring Janet to B.C. Families face many similar issues when advocating on behalf of their children, and over the years, thousands of families have attended the conference to learn, share ideas and experiences, and connect with one another.

Janet’s plenary session on Oct. 22, Not Just Wishful Thinking – Principled Family Governance and Lessons from Deohaeko Support Network, will tell the story of a family-governed group who planned and built a 105-unit housing cooperative where their seven family members are among over 200 typical neighbours who intentionally try to build a good community together.The audience will leave with stories, images and ideas of what can happen when common principles guide committed family members.

Janet is the Executive Director of the Durham Association for Family Respite Services, an organization in Ontario that provides a range of resources and supports to families as they plan and develop individualized lifestyle arrangements in community for and with their family members. Previously, Janet was a coordinator with the family-governed Deohaeko Support Network for more than 20 years.

Janet will speak about the challenges and lessons learned from her experiences and through others’ stories, and the importance of family groups having a vision, principled thinking and a deep intention about the type of life they want for their sons or daughters.

“I’d like families to understand that these kinds of lifestyles and supports are possible no matter who you are or what you’re trying to work with,” says Janet. “It’s not just wishful thinking.If it’s achievable with this family group, it’s achievable by other families.”

Janet will be co-presenting with Donna Mitchell, who is a member of the Deohaeko Support Network.  Donna will share stories about her life journey where she has been consistently supported to make wise decisions to make life best for her son and for herself.

“The difference the Deohaeko Support Network has made for the people living there is that for the past 24 years, they have lived in a home of their own in a neighbourhood that appreciates them and in a community where they have contributing roles and typical relationships with others,” says Janet.  “There are not many people with disabilities in their 40s who can say that for their life in community.”

Over the years, two of the original seven individuals in the Deohaeko Support Network lost their parents, so other family and circle members stepped in to join the network to hold the vision and ensure that good decisions and a good life was sustained.

“If those family members had to hold those reins on their own, it would’ve been too daunting, but the fact that it was a family group made it achievable for them,” says Janet.

Community Living BC is a sponsor of the conference and Janet’s keynote presentation. For those who can’t attend the full three days of the conference, single day registration is available for $50 for family members and self advocates or $100 for professionals.

CLBC Community Councils around the province will also be hosting presentations by Janet this month as part of Community Living Month 2016: